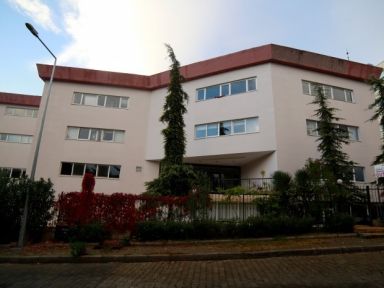 Mergü Textile Company established on 26th June 1997 by Işın Yılmaz and Muammer Yılmaz who are two textile engineers as a couple.
At first Yılmaz family registered the trademark of their Gordion brand name which is a brand serving firstly for the Men’s Shirt and had produced for the same name which had given service to their local market.

By time Mergü Textile had proceeded to produce for the export companies and continued production and export for some European countries such as Germany, Sweden, Netherlands in priority.

Upon the construction finished of the 5700m2 factory in Buca BEGOS in 2003, they moved in to their own factory building.

By the way, at first started with only Men’s Shirt, by time to the product range  Women Blouse, Skirt, Dress and also Child group had added. At the same time Mergü Textile had became a company who is professional in combining some fabric mixtures in the same garment (woven and knitted).

I n 2005 after the Far East doors opened to all European countries, Mergü Tekstil had give up of their customers in middle quality and changed direction. Mergu Tekstil gave more importance to the well-known and luxury brands as Dolce & Gabbana, Prada, I Pinco Pallino, Jean’s Paul Gaultier, Guess, Isola Marras and proceeded to make collection and production.

Now Mergü Tekstil continues to work with Italy market as well as Germany, Sweden, Netherlands, England, France and other European countries and makes production for mid-high and high brands in Men, Women, Kids and Baby groups.

Mergu Textile has a capacity to realize most of the production in their own company with the well-educated, experienced expert team and is able to give fully equipped service easily to the ready-wear customers all around the world by following the new techniques, current fashion and trends.